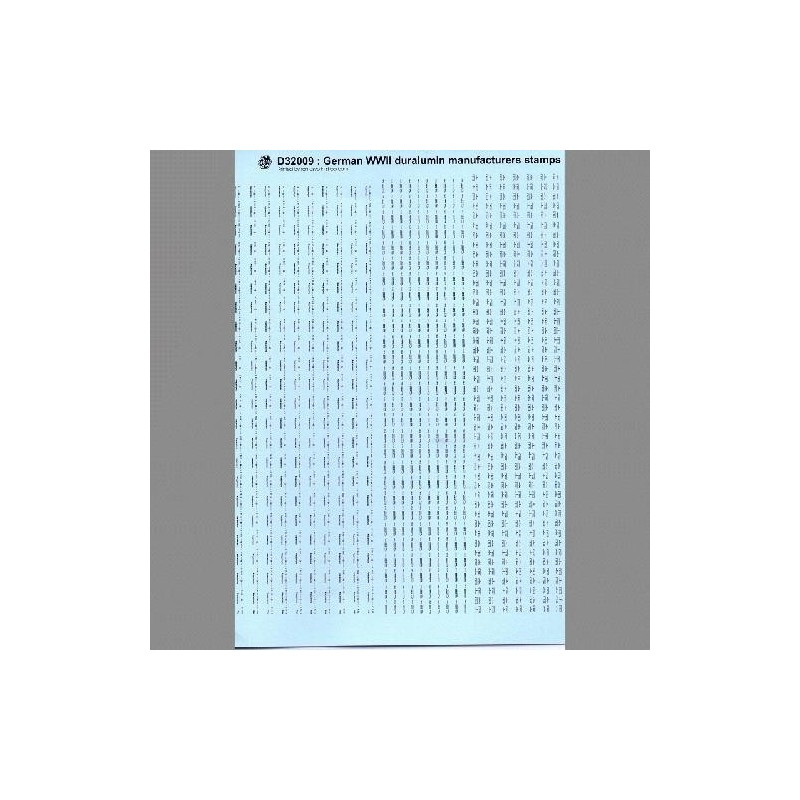 During WWII, WW2, World War 2, World War II, the German aircraft industry used various metal sheet suppliers. Each of these suppliers was required to print its name/logo and metal grade on one side of the metal sheet.

This printed side was usually placed on the inside of the parts produced with the sheet and hidden from sight. However, as the war went on, internal aircraft parts were not painted and these manufacturer stamps were often left exposed in places such as wheel wells, hatches, cowls and wing structures.

Later in the war, when aircraft undersides were no longer painted (Me109K, Fw190C9), entire panels were seen bearing these stamps. '